Internet in the Sticks: A Complete Guide 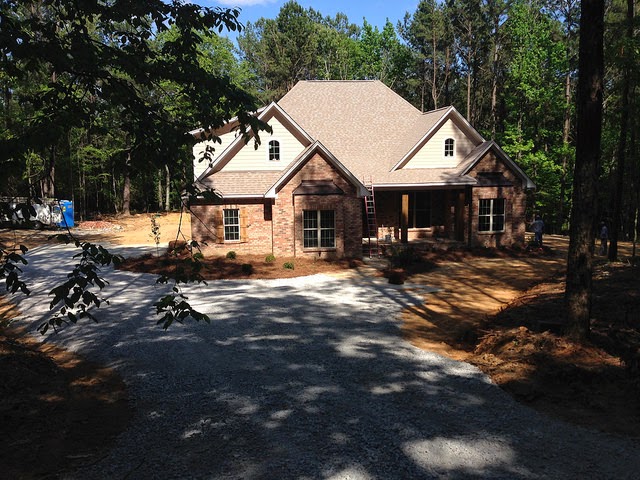 My wife and I recently built a house situated just outside the city limits on a few acres of land that we hope will one day be home to a few chickens, a nice garden, and a couple kids to gather eggs and mow the lawn.   We settled in to our new abode, unpacking boxes and adjusting to life in the new digs.  I knew my neighbor had internet, so I figured getting it set up wouldn't be too big of an issue.  You can imagine my dismay, then, when I called AT&T and- after 10 minutes on various call center queues- was told that it was not available to our location.

"Are you sure?  This is new construction.  Is there a waiting list," I asked.

"No, unfortunately Mr. Root, there are not plans to support your area at this time.  There are no slots in your neighborhood," the call center lady said, with a hum of a hundred other calls in the background.

The +1 Most Hated Company in America  Does Their Worst

Annoyed, I called Comcast.  This call center rep cheerfully took my information and informed me that somebody would be out to install in a couple days.  Thirty minutes later, I got a call back.  Since it was a _new_ house, they would need me to go in person to the Comcast store 20 minutes away and provide written proof of residency.  Emailing said proof was not acceptable.  (This is not unlike a taxi company asking you to drive to their office to catch a ride.) Not one to be outdone by moronic business practices, I showed up and waited in line.

When my turn came, the rep looked up at me through her desk window- clearly in place to keep people from reaching across and choking her- picked at her teeth, and told me she had no clue whatsoever what the phone rep was referring to.  She gave me a corporate headquarters number that had a friendly recording asking me to call back later.  Finally, after about 3 days of pestering various call centers, I got word that Comcast was not supported either.

That left few options- satellite and wireless.  HughesNet, to their credit, had a real person answer the phone and answer a few questions I had.  Reluctantly, I tried this option.  A few days later a tech came by, gazed up at the south-southeast clouds and told me that to get satellite I had to chop down a few trees.  Undaunted, my cousin and I busted out our chainsaws and with various ropes and pulleys tied to his truck cleared three rather large trees.  It was dangerous work. We didn't lose our lives, but did lose several limbs.

Two days later the Rootshire was lit up with packets streaming down from the great beyond via EchoStar III.  Ah, HughesNet.  As is said around here:  "bless their heart".  They tried really hard, and had fairly good customer service.  But it turns out that the fastest a packet can go to space and back is about 700ms, and often as much as 1500ms.  This means I would remote into machines for work, click a button or type, and wait a second for the click or keys to register.  I imagine this would be sort of like trying to code drunk.  Add to that spotty speeds and fairly high cost.  Customer service told me it wouldn't be an issue, but within a few hours I could tell internets from the sky was for the birds.

In Which American Telephone and Telegraph Changes Her Tune

I don't know why I would expect a company whose name includes "Telegraph" to do any better, but I decided to hound AT&T again.  They sent a "service tech out for a site survey" and after 3 days and about two hours of call center time, I finally found that yes, I _could_ get DSL after all.  And so finally, 3 hours after he was supposed to arrive, the tech- a former NASA tech laid off in the 90s it turns out- pushed 5Mbps through the good old telegraph wire to my house.  Another two hours futzing with their javascript-error-laden activation process, I finally was able to connect without phoning E.T.

Had DSL not worked out- or if the lousy upload speeds get the best of me- I could have gotten a LTE wireless solution from them or Verizon as well.  This would have cost about three times as much and no doubt contributed to my blood pressure, but been faster.

What I Learned Along The Way

Lest this all be just a rant about the lousy state of broadband and customer service in the land that invented the internet, here are a few Dos and Don'ts for others that may struggle getting service.

Don't take "no" from a sales rep.  Unlike most salespeople, AT&T and Comcast salespeople really are not interested in actually selling you service, especially if it means they can't follow the call center script.  Insist on a "site survey from a local tech" and a call-back when it is complete.

Do bad-talk on social media if you need.  On Twitter, @ATTCustomerCare responded to some of my online venting with a $25 credit to cover the wasted cellular minutes I'd gathered.  Separate "online reputation" teams handle these requests and often have ways to handle things more efficiently.

Do try to get internet service roughly in this order:


So, from my little tube of internet in the sticks, so long and good luck!

Trying a line of site hookup in my area. DSL is soooo slow. (0.7 mps) Much fast ping than satellite, and no limits on monthly quotas etc.

My Family, Husband & I are in the same boat at the moment. Living not to far from a town in Montana realizing before we move that we are having trouble getting Internet.
Great story & very funny. Curious on what town this is?